We doubled the traffic to this security camera equipment company’s eCommerce store in just 4 short months! 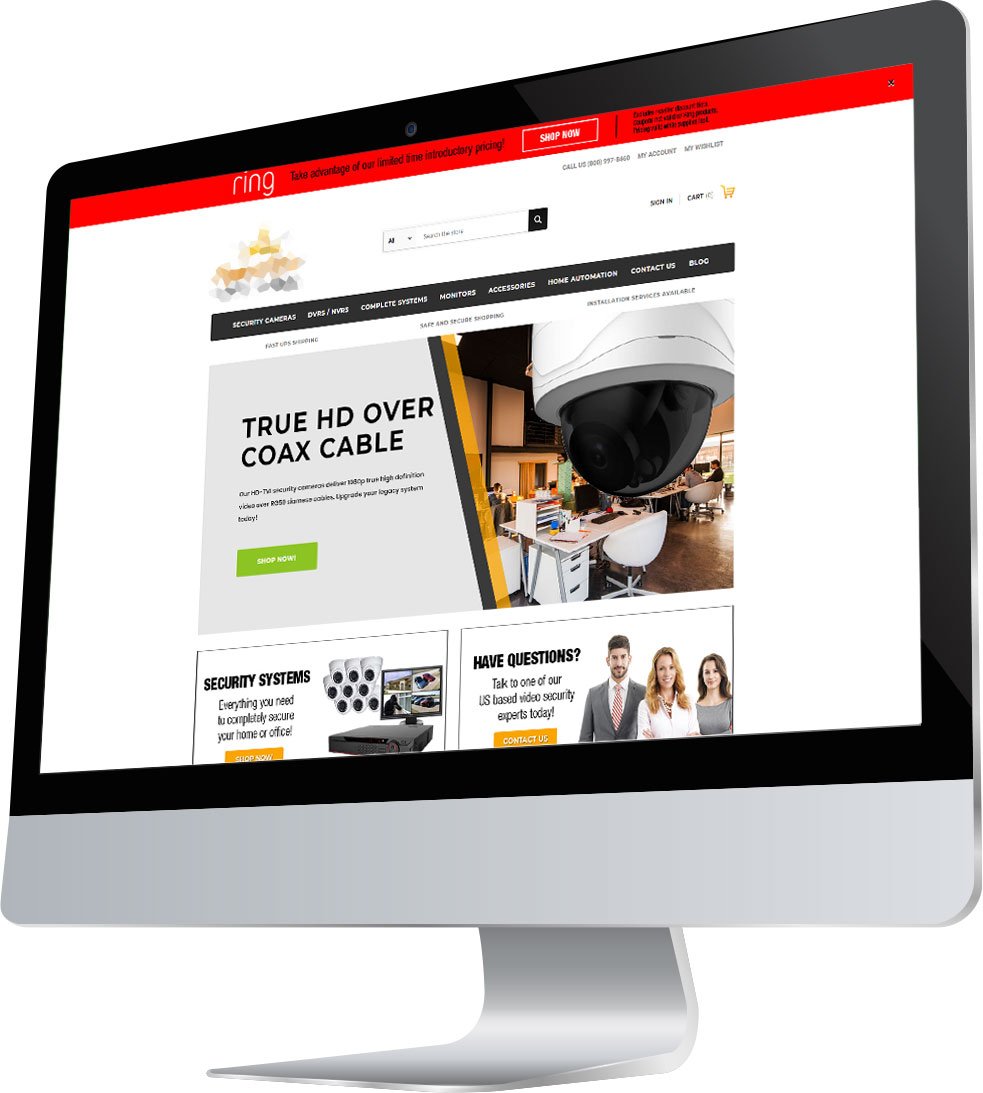 This particular client was one of the major players in the security camera equipment space in the late 2000s to early 2010s. Their eCommerce site used to rank in the top 5 search results for a large number of important keywords that got them 40,000+ recurring visitors every month. 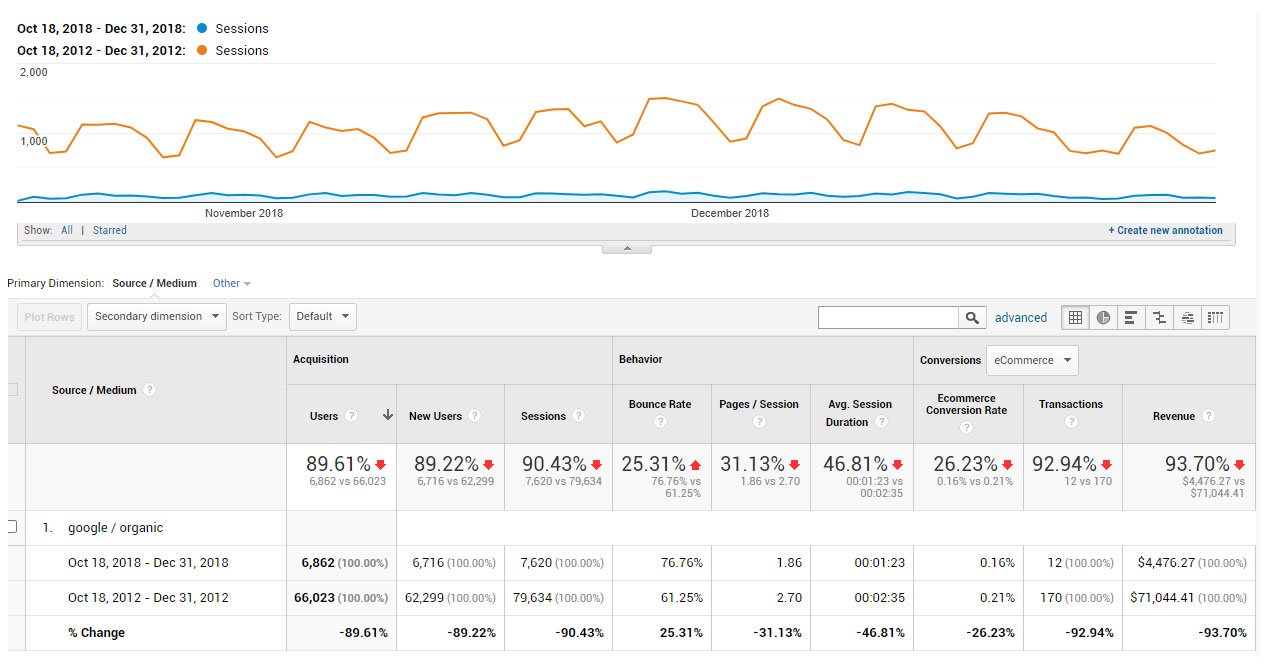 This is what happens when you let problems fester.

Similar to most of our other SEO clients, they tried some strategies in the past that were considered “best practices”, but are now known to be spammy and manipulative tactics. This led to their organic traffic taking a major hit when Panda and Penguin were released in 2013.

What was worse is that when they were penalized for those tactics, they didn’t go back and clean them up so they sat on their domain and festered, which led to the previously mentioned losses.

The company had also been sold a few times in the following 6 years and their marketing had been seriously neglected. However, they did hire an excellent in-house marketer that spent the previous 9 months getting their house in order.

Their goal for us was to help get them back to where they were in 2013.

It was a tall order, but we like a challenge.

While this client wanted us to help them get back to where they were during their prime, that just wasn't feasible within a realistic time frame. We scaled back their goals to cleaning up their website, fixing their history of poor practices, and building authority so we could start seeing positive movement in the search results.

We touched on it above, but this company did not have a good history when it came to its marketing efforts. However, it was in the process of being cleaned up so we coordinated with their in-house marketer to make sure our efforts didn’t overlap.

He was working on fixing the issues related to Panda, so we went with Penguin.

We focused our SEO audit on their backlink profile, internal linking, and site crawl rate/sitemap index rates. The goal we set for ourselves here was that we didn’t want the in-house guy’s work to go unnoticed so we wanted to maximize Google’s visibility of the site and cut away all the dead weight (bad links) that was holding the site back.

We need to approach the issue at multiple angles since it wasn’t just one glaring issue that caused their losses.

To combat the unnatural link profile:

We were very pleased with how responsive their eCommerce store was to these changes. We doubled their organic traffic, tripled their # of orders, tripled their revenue, and quadrupled their conversion rate in short order.

By finding the previously successful pages and keywords, we just had to follow the old blueprint. We knew what worked before and set ourselves up for success.

We were able to make this happen so quickly because their in-house marketer had been cleaning up the site and already did much of the necessary grunt work. They cleaned up years’ worth of manipulative practices which needed to be done before we could have started thinking about our work.

It was truly a wonderful collaborative experience where we were a valuable resource to one another. That teamwork showed in how much we were able to move the needle in such a short amount of time.

Building authority and fixing their unnatural link profile grew revenue by +209% in 4 months!

This client's website was a major revenue driver at one point in its history. Even though it wasn't anymore, it told us that there was a ton of potential to be unlocked if the right people worked on it.

By focusing on targeted link building, we helped them rank for valuable keywords that were highly relevant for their target audience.

Since partnering with Hearth Marketing, they saw significant growth in their inbound traffic, amount of online orders, and revenue generation. In just 4 short months, our backlinking and technical SEO services put them back on the growth path to success with +124% organic traffic, +223% transactions, and +206% organic revenue.